Kotelnikov Institute of Radioengineering and Electronics (IRE)of the Russian Academy of Sciences was established in 1953. It is located in the former building of the Faculty of Physics of Lomonosov Moscow State University on Mokhovaya Street near the Kremlin. In 1955, a new branch of the institute was formed in the city of Fryazino, Moscow Region, and then two branches in Saratov and Ulyanovsk. 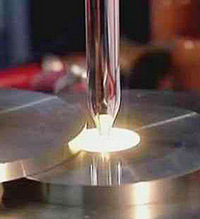 The priority of the institute is fundamental research in radiophysics, radioengineering, physical and quantum electronics, computer science, photonics and radiophotonics. Since the 1970s with the beginning of the active development of fiber optics, on the initiative of V.A. Kotelnikov, a new direction was established at the institute, devoted to the creation of domestic fiber optic technologies.

Currently the Laboratory of Fiber Optic Technologies, together with the technological group of the Fryazino branch of the IRE RAS, is one of the leading domestic centers for the scientific and applied development in this field. The laboratory possesses modern equipment and qualified specialists, which allows conducting research and mastering technologies at a high international level. Our interests include the development and studies of new materials for fiber optics, the development of fiber laser technologies, fiber sensors, plasmonics, nonlinear optics, and biomedical technologies. For the purposes of the aforementioned research, the laboratory has at its disposal a multifunctional experimental setup featuring a femtosecond laser, an excimer laser with wavelength of 193 nm, means for creating fiber Bragg gratings, including tilted gratings, a setup for long-term thermal tests of samples, a vacuum deposition system for thin coatings, modern spectrometric equipment and facilities for the development and characterization of fiber optic lasers.